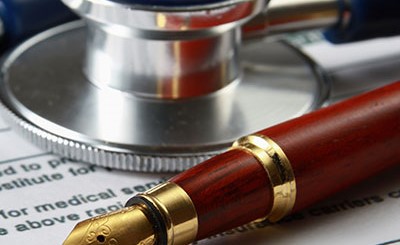 While much of the attention over the debate over the Affordable Care Act (ACA) has centered at the Federal level, states continue to act as the laboratories for innovation. Last year Health Policy News featured a series of updates on activity around Section 1332 State Innovation Waivers in the states – with a focus primarily on State-based reinsurance and invisible high risk pool mechanisms.  That activity continues – though at a slower pace – with the recent waiver requests submitted by Wisconsin and Ohio. However, other ideas and opportunities aimed at strengthening insurance markets and expanding access to health care are also percolating across the country.  Last month’s edition highlighted activity around State-based individual mandates. This month’s focus is on the proposals coming out of states seeking to exempt health insurance plans from ACA requirements. In this article, we recap the efforts and the response from the Federal government and explore similar types of proposals that could be considered.

In January of this year, the Governor of Idaho issued Executive Order 2018-02 directing the state’s Department of Insurance to “seek creative options” to allow and encourage health insurance carriers to offer plans that provide coverage at a lower cost. Specifically, the Executive Order directs the Department to approve plans that meet State-based requirements even if the plans are not compliant with the ACA as long as the insurer also offers a fully-compliant plan in the same service area through the state’s health insurance marketplace. Shortly after the Governor issued the Executive Order, the Department of Insurance issued Bulletin 18-01 implementing it. The State-based plans could:

While at least one state – North Dakota - is reported to be exploring a similar proposal, another is seeking to exempt coverage from ACA requirements with a very different approach. In April, Iowa passed a law to provide purportedly limited access to plans that are not compliant with the ACA. The law exempts health coverage offered by the Iowa Farm Bureau (IFB) from being considered insurance, therefore, exempting it from all State and Federal insurance law requirements as long as the plan is self-funded and continues to be administered by its existing third-party administrator (TPA) that is registered with the state as a TPA. The IFB must also meet certain organizational requirements outlined in the law and file certification of such compliance. This model mirrors the legislation exempting Tennessee Farm Bureau health plans from insurance regulation, which was in place prior to the passage of the ACA.

In defending its plan, Idaho argues that many residents can no longer afford insurance and the State-based (non-compliant) plans will provide those individuals with access to some coverage. Supporters also point out that this would simply provide additional options in the State, ideally bringing young and healthy individuals back into the market; ACA-compliant plans would still be required to be offered (as a pre-requisite for offering the non-compliant plans). The fully-compliant plans would also be included in the same risk pool as the State-based plans.

Opponents argue that the introduction of the non-compliant plans would undermine ACA protections. Individuals would be enrolling in plans that would not provide meaningful access to basic health care services. The risk to ACA protections extends to those who would still choose compliant plans, given the resulting market segmentation. Idaho would have two disparate types of plans, with the State-based plans only truly accessible to young and healthy individuals due to the permitted underwriting. Pulling young and healthy individuals out of fully-compliant plans (which is likely to further increase after the individual mandate ceases to be enforced) could result in an increase in premiums for ACA-compliant plans, further eroding access to that comprehensive coverage.

Iowa also points to the IFB as an additional option for state residents that cannot afford the plans available now. While the details of Iowa’s IFB plans have not yet been released, many of the concerns with Idaho’s non-compliant plans apply to these plans, particularly since any resident who chooses to become a dues-paying member of the IFB could purchase the plans.

Insurers have also raised concerns about unfair competition related to the Iowa law since it applies specifically to the IFB and its existing TPA.

On March 8, 2018, the Centers for Medicare and Medicaid Services (CMS) responded to Idaho, stating that it would enforce all ACA-requirements in Idaho if the state “fails to substantially enforce the law,” including provisions of the ACA. While states are the primary enforcers of health insurance market requirements, they are not permitted to exempt the provisions of law that Idaho proposes to under Section 1332 State Innovation Waivers (the sections outlined above are not all waivable under Section 1332 Waivers nor would such waivers meet the required “guardrails”) or any other provision of Federal law. As such, CMS must enforce provisions of Federal law if the state fails to do so, and CMS already enforces Federal law in Missouri, Oklahoma, Texas, and Wyoming.

While this possibility remains real, the Federal government has extended the time for Idaho to reply to its letter and remains in negotiation with the state.

The Federal government has not made a statement about the Iowa law. However, given that the similar Tennessee law has been in existence since the early 1990s and throughout the duration of the ACA thus far, it is considered much more likely to pass muster.

In response to Idaho, CMS suggested that the state instead leverage the Federal proposal to extend and expand Short Term Limited Duration Insurance (STLDI) plans as a way to promote more limited-benefit health insurance options. Similar to the IFB, STLDI plans are excluded from the definition of health insurance coverage – and, therefore, the corresponding requirements - but under Federal law. Under the Federal proposal, if permitted by the state, these plans could be offered for up to twelve months and possibly renewed beyond that time period.

These plans trigger much of the same debate as outlined above and Idaho has pointed out that the plans would not even be part of the single risk pool. They, therefore, could have an even greater destabilizing effect on the market.

Another similar model that is available to state are grandmothered or transitional plans, which are plans that fail to meet enumerated ACA standards. CMS recently announced that states may allow insurers to renew such coverage through 2019. Because these are extensions of existing policies, the impact on both access to non-compliant coverage and the regulated market more broadly is attenuated.

States also can look to the flexibility provided via Section 1332 State Innovation Waivers. While not a vehicle for the offering of alternative non-compliant plans broadly, there may be hooks that states can avail themselves of to expand options within the market. For example, Section 1332 allows states to waive Essential Health Benefit (EHB) provisions, catastrophic plan provisions, and actuarial value (AV) levels. This seemingly could allow states to waive or replace EHB categories, expand access to catastrophic plans, or create a new, more limited AV level. Importantly, the Section 1332 guardrails require states to demonstrate that the proposal will:

So, for example, a wholescale repeal of the EHB or introduction of skinnier plan broadly likely would not pass muster. But it is possible that a state could substitute EHB categories to better align with State mandated benefits or expand catastrophic plans or a new skinny coverage level to a limited population that would otherwise go uncovered.