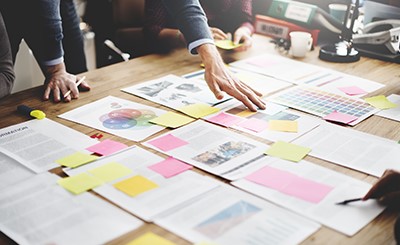 For the past decade, funding has been a challenge at every level of government—local, state, and federal. The recession of 2008 was a particularly difficult time for funding across all levels of government, but it was arguably most difficult on the child welfare system as many jurisdictions had to deal with budget cuts brought about by reduced revenue. At the time, state and local government had to review priorities and determine its highest responsibility for prioritizing the distribution of reduced funds. As is too often the case, historically, those agencies charged with caring for children (e.g., child poverty, child welfare, education, etc.) saw the biggest cuts during the recession. Some states were forced to make significant reductions for those involved with children and families – Louisiana DCFS, for example, reported an almost 50 percent budget reduction[1]. Since the budget of many child protection agencies are funded in two main areas—staffing and services to children and families—budget reductions can significantly impact the effectiveness of support for abused and neglected children.

Most jurisdictions saw increased caseloads, which in turn contributed to longer lengths of involvement with the agency, more difficulty in accessing services and resources, increased caseworker turnover, and reduced measurements on outcomes. Many states implemented hiring freezes despite seeing an increase in foster care demands. While these reductions have been historic, the nature, extent, and length of the recession created even further complications.

More recently, many jurisdictions have seen an increase in referrals for abuse and neglect fueled by the opioid and prescription drug crisis. Some jurisdictions have responded to the crisis by expanding prevention and early intervention, particularly for in-home services -- keeping families together and reducing trauma to children. Others have not responded well and have seen explosive caseload increases. This topic was discussed in more detail in an earlier post, “Foster Care Crisis - What's an Agency to do? Part 1,” which you can access here. Over the last year, dozens of states indicated an increasing demand for foster homes and have addressed the crisis by increasing the number of caseworkers and recruiting more foster homes.

While many states are in crisis economically, the financial situations vary state to state, and therefore, the funding for child protection agencies varies greatly among jurisdictions. The recent publication of the Casey Kids Count demonstrates the philosophical and economic challenges that exist in funding services for families and children – particularly those in poverty. While the current economy, in some respects, seems to be favorable, political upheaval creates challenges and uncertainty for the future.

Issues at the federal level—the Affordable Care Act, the federal budget, and the national debt—are creating significant challenges and potential chaos for state and local government funding and, ultimately, child protection agencies. There is a significant likelihood that budget cuts at the federal level will impact every state and local agency. It is therefore critical that leaders of agencies serving abused and neglected children begin discussing how to manage through those potential cuts.

To ensure that agencies serving abused and neglected children can continue to support this most vulnerable population in the face of potential federal budget cuts, agency leaders must evaluate six key areas of operation: staffing, services, training, offices, support, and technology.

These six areas should be evaluated in the following context:

These six areas should be evaluated in a crisis plan developed to address the findings:

We are certainly in perilous and difficult times for abused and neglected children, their families, and the agencies that serve them. Federal agencies provide significant and critical financial support and leadership for those at the state and local level. The potential and looming reductions in Medicaid, Title IV-E, Social Services Block Grants, and other federal supports are real and significant. In serving our children and families, jurisdictions simply cannot wait to respond, but must anticipate and prepare.