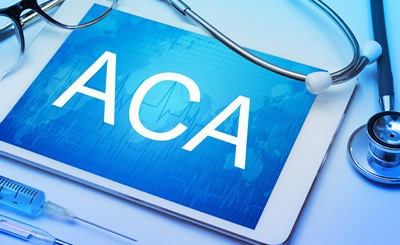 On February 20, 2018, the Department of the Treasury (Treasury), the Department of Labor (DOL), and the Department of Health and Human Services (HHS) jointly promulgated a proposed rule on Short-Term, Limited-Duration Insurance (STLDI) plans. The proposed regulatory changes seek to carry out the directions given in Executive Order 13813, “Promoting Healthcare Choice and Competition Across the United States,” to expand access to STLDI plans. STLDI plans are excluded from the definition of individual health insurance coverage and, therefore, are not required to meet the coverage and consumer protection requirements of the Affordable Care Act (ACA). The original intent of these plans was to allow consumers to fill a gap in coverage as they transition between other coverage. The goal of the regulatory changes is to allow them to serve as a less expensive alternative to ACA-compliant health insurance.

The proposed rule would make the following specific changes:

In the preamble, the Departments also announced a grace period from January 1, 2017 until April 1, 2017 for plans that did not comply with the current three-month limitation for STLDI plans during that time period. HHS will not take enforcement action against issuers of such plans and states may choose to also refrain from enforcement action.

As states review the proposed rule, it will be important to carefully consider the impact of the changes and the opportunities to respond. States and others have a 60-day comment period to share supportive feedback or request changes to the rule before it is finalized. Additionally, state laws that further limit the duration of STLDI plans or put requirements around such coverage will be permitted, meaning that states should consider whether they will further regulate STLDI plans.

The administration has stated that their intent with the proposed rule is to expand access to more affordable health insurance plans, and to ensure that individuals continue to have access to some form of health insurance while they await access to ACA-compliant plans during open enrollment or a special enrollment period. However, at the same time, people may unknowingly be enrolling in plans without needed coverage and the changes may lead to market segmentation.

STLDI plans are not required to—and, therefore, typically do not—comply with common ACA protections such as covering preexisting medical conditions, excluding prohibited limits on coverage, limiting out-of-pocket costs, limiting rating factors, and covering certain services related to preventive care, mental health, substance use disorders, and maternity care. Doing so allows insurers to limit premiums -- both because they cover fewer services and also because they tend to attract healthier on average enrollees. However, individuals that enroll in STLDI plans may not realize that doing so could expose them to higher health care costs. The Departments noted that the lack of awareness that STLDI plans are not ACA-compliant could be compounded by the fact that these plans would be sold for nearly 12 months, like ACA-compliant plans, making them function more as alternatives than “gap fillers.”

Further, the impact of these changes could extend beyond those individuals that change their coverage. STLDIs generally attract healthier individuals. Significant departure of healthier populations from the individual markets would lead to adverse selection, undermining the risk pools and viability of those markets for those who must or seek to remain in such coverage. In fact, the Departments believe that between 100,000 and 200,000 “healthy people” may switch from ACA-compliant to STLDI plans. The numbers are likely to be higher than they would have been were the individual mandate remaining in place (the implications of eliminating the individual mandate through the tax bill, including those concerns raised by the American Academy of Actuaries, were the focus of a recent news article by PCG subject matter experts). It may also lead to fewer insurers participating in individual market. Compounding the adverse selection concern is the fact that STLDI plans are not part of the single risk pool. These concerns have been raised by the American Academy of Actuaries.

Those interested in reviewing the complete proposed rule on STLDI, Executive Order 13813, and/or the letter from the American Academy of Actuaries can do so via the following links: